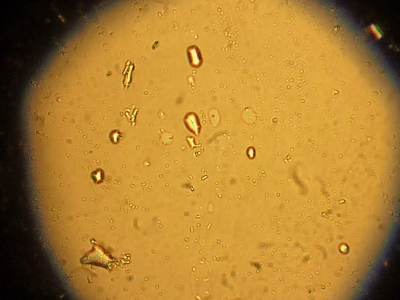 Hallertau beer review in the Herald

Haish has not received any gifts yet

Tony said…
Thanks for the info Haish

denimglen said…
Cheers for that. I was gonna go for the suspended hop sock and a pick up tube that pulled from the side so sounds like I'll be ok sticking with that idea, hopefully it works out ok for me haha.

It's 1-1/4" box-section, so about 33mm. My old man sourced the stainless for me and I can't remember where it came from or exactly what I paid for it. All I can remember was that I ordered 3 lengths but only needed 2. They're something like 6 or 8m long. And they were around $70-80 each. I'll find out where they came from and what they were worth for you.

Each kettle will have sight glass, valve and thermometer. They've all been drilled last weekend. Mash tun will have an all SS false bottom from MoreBeer, and HLT will just have a plain-jane pick up tube.

Keep us updated with your build.

denimglen said…
Burner wise I've bought three four ring burners. They're rated at about 70,000btu, which may be pushing it a bit for anything over 30L boils, but I'll see I guess. The guy that built the Brutus10 stand that was featured in BYO mag is using 100,000btus for 10 gallon batches. Unfortunately these were the best burners I could find in NZ, in hindsight I should have priced up importing some as there's some really cheap stuff in the states. Also the kegs don't really want to sit on the burner. I'm going grind off some of the 'stands' on the burners top and maybe fold up some pieces of thick steel to stabilise the keg.

My old man is away for a few days but when he gets back I'll find out where it came from. I believe Mico aren't the cheapest. Try pricing up all sizes, sometimes the slightly bigger sizers may be cheaper as they make/sell more of it. I was thinking of going for 50mm but really the 33mm is plenty strong, I think even 25mm angle would be good enough. Design is probably more important than the size of the steel.

I've got QDs, brass ones, another thing my old man sourced (his good at turning my projects into his haha), I'll find out where he got them. They were about $15 for a male and $30 for a female. I was thinking of going camlocks but thought they might be a little fiddley to undo when brewing.

Thanks for the site, will be worth a look if I'm having trouble.

What are you using for hop bags? All the yanks use those paint strainer bags but I couldn't find anything similar here. I bought a couple of meters of curtain fabric that the Aussies use for their BIAB set ups, so I'll just sew that into a bag and suspend it during the boil.

denimglen said…
Cheers, I'll have to check out Wagner, they're not far from me.

I was thinking about mild steel and galvonising, not the prettiest option but it would have worked. Priced up it would have ended up about the same price as stainless.

I just talked to the old man, he got it through a work mate who had a hook-up somewhere so it was kinda mates rates and he doesn't know where it came from. It was around 100+gst a 6m length. Sounds pricey but compared to similar stainless benches it's still cheaper and it ended up custom made for the job. Have you tried Steel and Tube? Their prices are pretty good over there.

Places to look for QDs and valves and stuff are Blackwoods Paykels in East Tamaki and HCD Flow Technology on Neilson Street.

The BeerBelly burners look nice, Mashmaster.com.au also have a nice one but it's not showing on their website at the moment. What I may do in the future is upgrade the boil kettle burner to something like the above, the 4-rings should be adequate for the HLT and mash tun.

The bricks are a good idea, I might try this out first before I attack the burner with an angle grinder.

I know what you mean about the wind, the four ring is fussy also but I've only been using it to heat water so hasn't been too bad. Once the system is built I'll be brewing in the garage doorway so should be sheltered kinda well from 3 sides.

Cheers for the info.

denimglen said…
$108 is a good price. I went for 1.2mm, it's plenty strong. I would probably have no problem sitting a car on top of my stand.

Yeah, I'm still thinking over how I'm going to work the mash tun and if it will need some insulation, there's hardly any liquid-only space under the false bottom and I don't wanna go scorching mashes.

I'm going to make a manifold from stainless, and three ball valves coming off it for each burner. The plan is to weld a small 'L' bracket onto each end of the tube, then bolt or rivet the L onto the stand. It's my mission to get that sorted this weekend. After that I just need to find a piece of ply for the bottom and get a few supports for the sight glasses welded to the kegs and then it should be all assembly from there.