But moving on to the Kauri Road Brewery, after 2 weeks of relentless busyness (honestly I've never had so much 'stuff' on), I finally had some time to get the brewstand finished.

It has sat in various states of paintedness over the last few weeks, today I got time to get to Bunnings and scavenge some ply. Another trip to dads to borrow power tools and then home to finish cutting holes, paint edges, and get the main surfaces on. Photos: 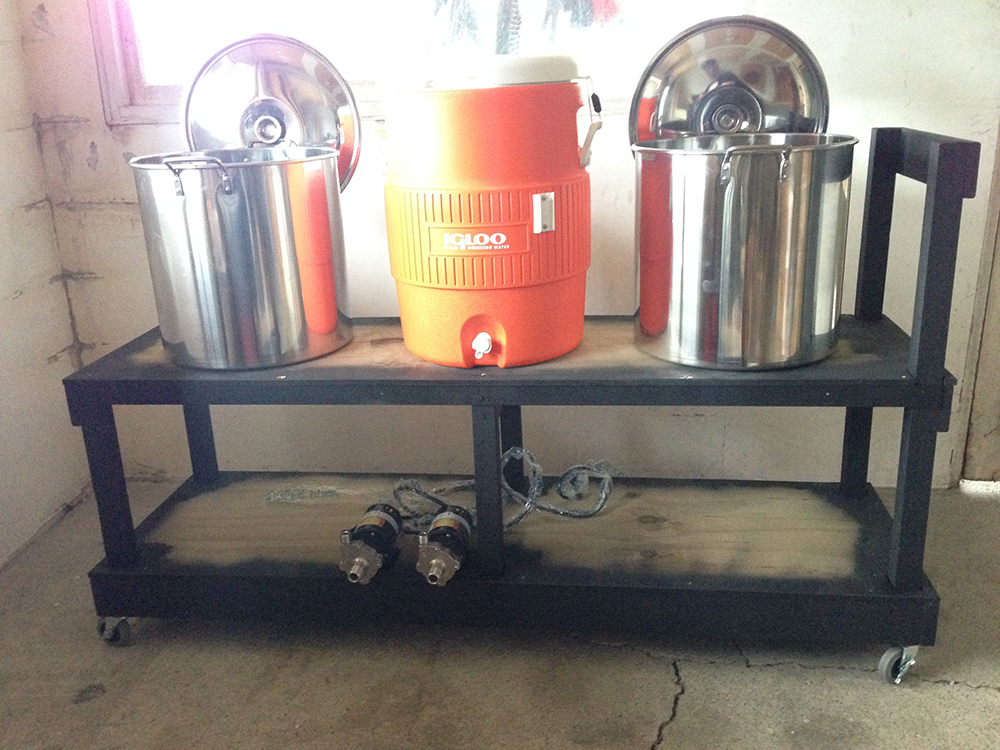 HLT, MLT, BK and pumps in place. The higher rail at the end is where the controls will hang. 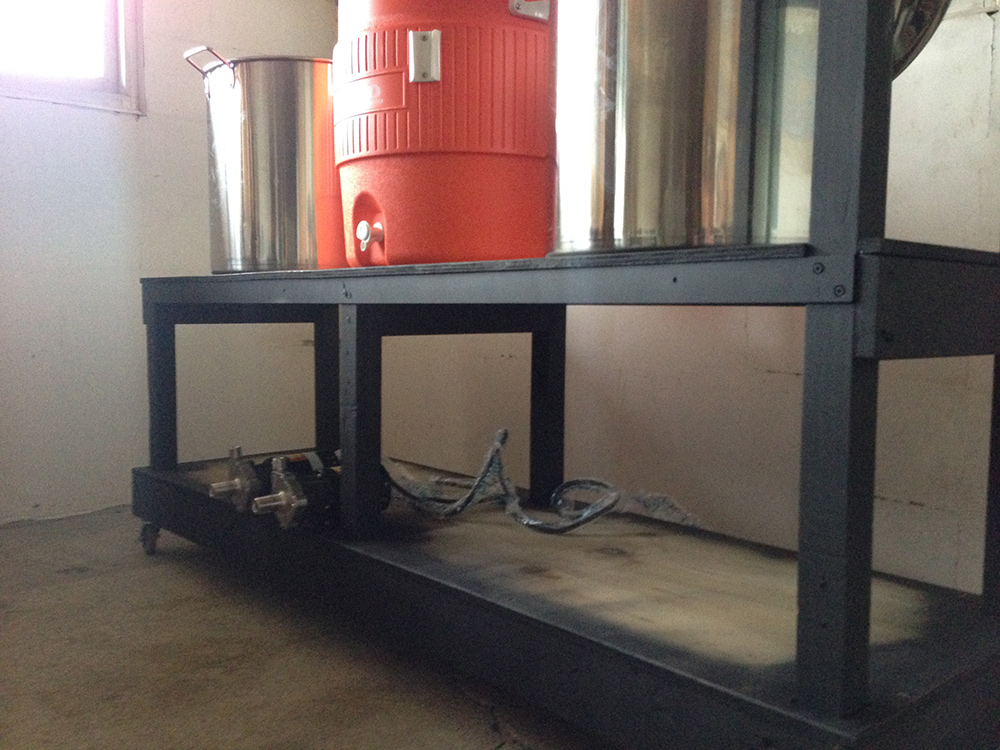 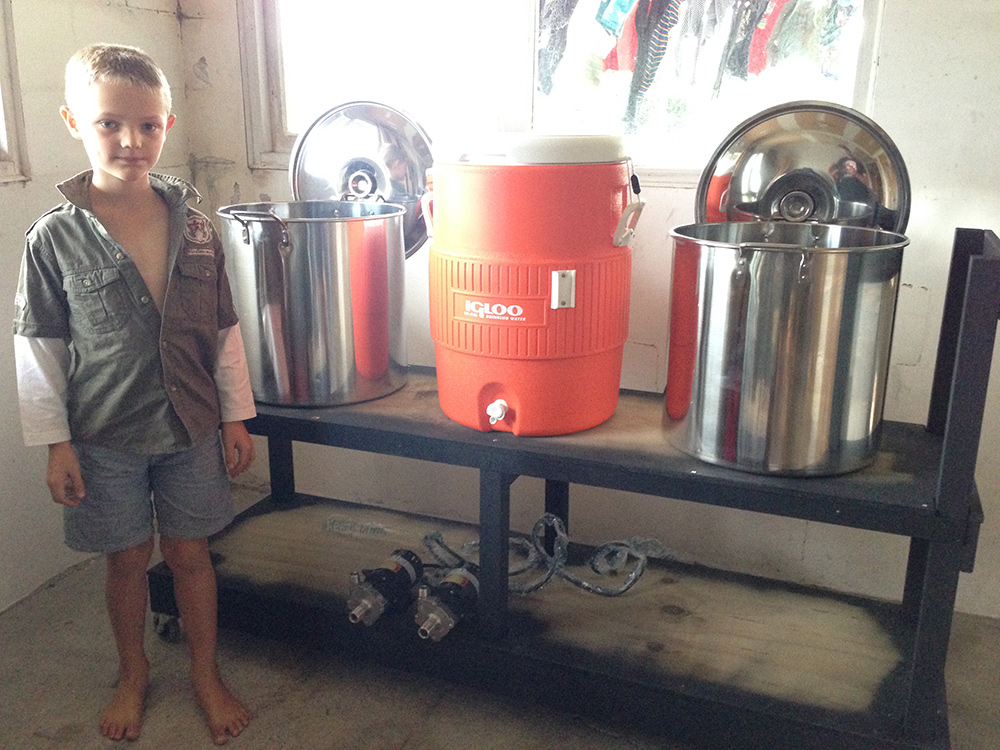 You'll notice the decks still need some paint. I've used an unbelievable amount of spray paint. Especially today with about a squillion knots of wind blowing, reckon half the can went over the lawn.

Lots of work still to do, lots of bits still to arrive, but it's in full swing as stuff comes in the door.

Oh I nearly forget – I mentioned in the first post that it was going to be a one pump batch sparge system. Well it still might be, but you might have noticed 2 pumps.

I got home really late the day the pumps finally arrived from the east coast of the USA, started unwrapping the well-taped box, got into one side of it and pulled out a polystyrene container. Opened that, and there was a pump. But I'd only unwrapped exactly half the package. I started thinking to myself "that's only half the pack, it looks like there's another one..." There was. Two pumps. I checked the invoice, packing slips, emails, Visa statement.

I only paid for one pump. I have two pumps. BONUS.

At this stage i'm in two minds. I'm going to keep both in the short term, to make sure I get at least one working pump. Then I may sell the spare one to make up some costs, or I may keep it just because I gots it now. We'll see.

Are the pumps Chuggers Barry?

Looks good is the cooler off ebay?