Well figured it was about time I put up a pictorial of my brew day, this is how I do BIAB at the moment, ive made many tweaks to the process over time and I can get higher efficiencys doing it another way, however I find this is the best way to get consistent results across varied grain bill sizes, meaning I only lose about 3-5% if im doing a big 7kg batch! So to start out - I weigh out the grain, which is normally done with the hops a couple of days before i brew in anticipation :o) …
Continue

Has anyone here brewed a beer using Rye? I just bought a 1kg bag of the stuff the other day. I guessing it might be good for a Saison? I'm told it gives a dry, spicy finish. Is this true?

After several month's planning and research brewday finally arrived on Saturday 18th July. The Grain Mill is finished (well usable, so it's finished), the Grain Bag sewn up and all of the ingredients gathered so I couldn't put it off any longer. 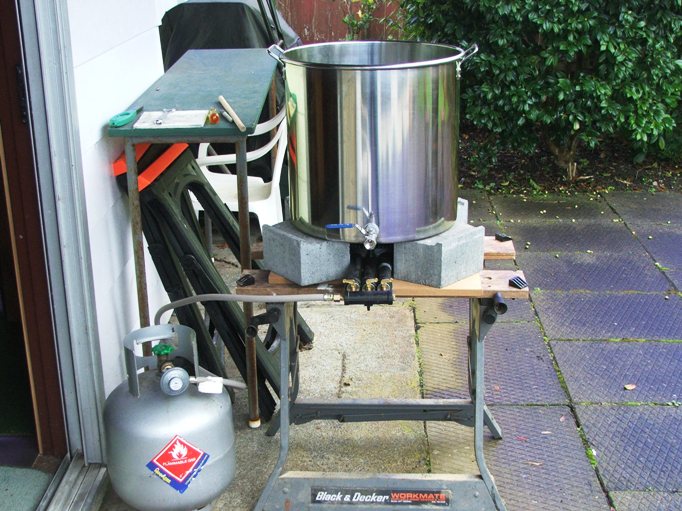 The grill in place to keep the BIAB bag off the base of the vessel.… Continue

In the space of a week I have gone from Bag and Pot (BIAB) to a conventional set up. I've added a new Mashtun made from a 38L plastic fermenter covered with expanding foam ala Joking. Also fitted all the various valves and fittings, purchased a pump, a mill and a 40L 3kw electric Urn for HLT, and converted my copper chiller into a whirlpool chiller. Phew! Anyways, I waited patiently until everything was in place before attempting a brew. I decided to use up a load of crushed grain and came up… Continue 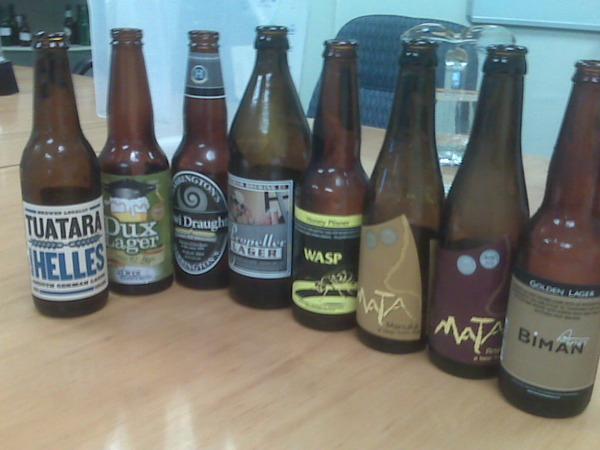 I thought I’d drop a blog on here outlining our first brew in the new brewery – thanks to Barry for advice on the use of hot water cylinders – we’re stoked with the results! The brew went really well on Sunday, considering that the brewery has been completely reworked so we were starting with a brand new (to us) setup that hadn’t yet been calibrated! I’ll be adding sight-glasses to the vessels before the next brew, so hopefully that will make things a bit easier. For the sake of explanation,… Continue

Thought I'd add a blog. You've probably seen this all before but thought I'd throw up some photos of how my brewday goes. 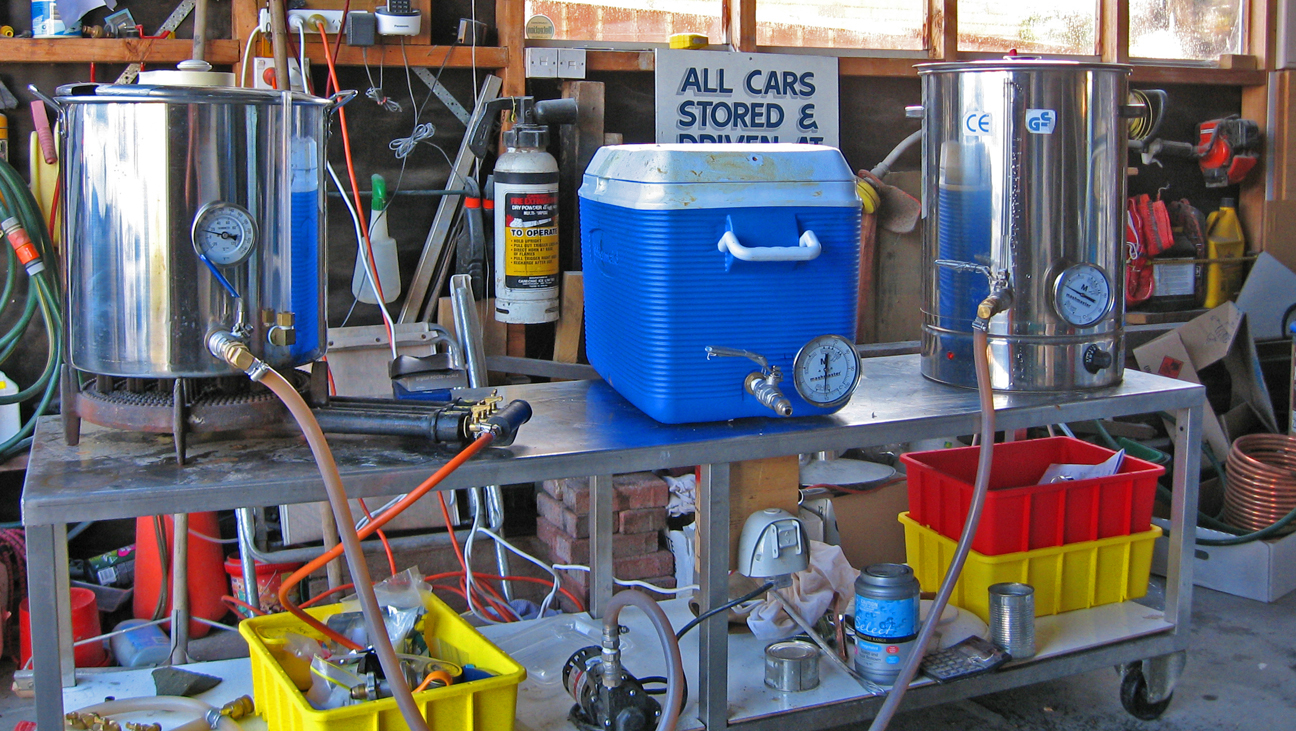