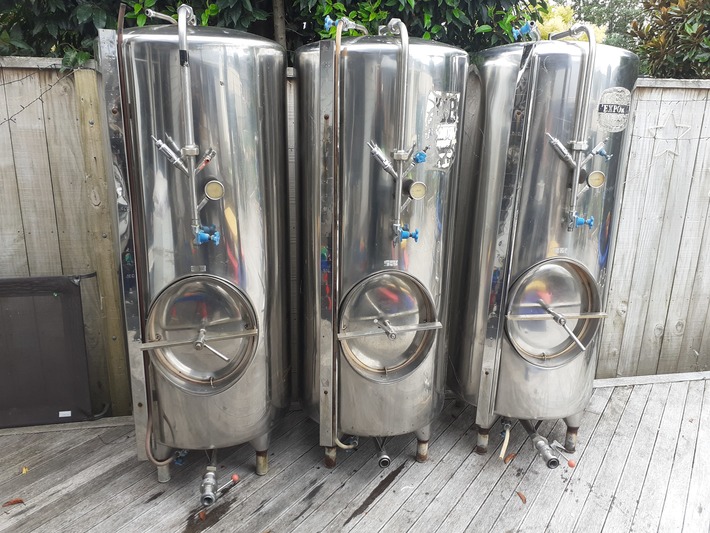 Requirements for opening a nano-brewery at home?

I'd like to start brewing commercially at home and I’d like to know if somebody went through the process of getting the licences and permits to do so.

I’m based in Auckland (North Shore) and I have a 80 litres electric brewing system.

I did some research and so far it seems that I need to:

- get a customs-controlled area (CCA) licence

Thought it a good idea to put it out to the wider brewing community, is there a production made off the shelf electric control panel [nz or aus made] available on the NZ market? I've done some searching and it doesn't look good, ie there is nothing out there.

following this line of questioning, if one was available though what would be a fair price to pay for it?

Can I make a hop essence

Hi, I am a hop fiend and have just made a couple of beer using hops in a muslim sock for dry hopping and the result was unimpressionable. Question is can I make an essence i.e. hops into cool water to extract the aroma and flavour (not bitterness) and add the essence to the keg? If so what temperature I can use cooled boiled water and of course test it in the beer first so I don't ruin the keg? Anyone done this?

New to this site, Been a kit brewer for some years now.

Question: Can you brew to the full 30litres in the plastic fermenters with making adjustments by adding hops and/or malt to keep taste.

I'm looking to form a small dedicated group of Auckland Based All Grain Brewers whose primary purpose:

I am wondering if there is a legal annual limit for home brewed beer production in NZ. USA is often about 200 gallons per year. That's about 30 to 40 brews at 19 to 23 litres. Are we limitless or limited in NZ and where is the law to be found?

Roosters Brewery is for sale after 22 years

also known as me has agreed to the wife's request to sell the brewery after 22 years of loyal service.

Currently we are more involved in The Beach House wines side of the business. With lots of Trophies being gained for our Beach house Wines.

The brewery has achieved the primary goal which was pay for everything. Vineyards, 200 Tonne winery and kids private school education.

Us cascade vs nz cascade

So I have gotten a hold of a "us cascade" hop plant which is doing great. Question is what separates the nz and us strains. Is it the plant it's self or is it the country/climate it grows in. Google hasn't helped me on this one. I'm not phased just wondering what to expect

Hey there chaps, im in the throws of building a single teir 3 vessel + HEX brew rig, i have been reading through many of the electric builds on here and figured id bang up my own blog for when i inevitable have questions for some of you clever blokes.

Anyway, i have been collecting the vessels and a few other things for some time now, just slowly getting bits as i find them / can afford it. So this is how my plan i drew on sketchup to suss things out in my head, i have condensded it…

I have a large stainless steel pot with lid 100l . I bought 3 for $150 each as I am building an electric brewery, however I have redesigned it an only require 2. I'll take $120 for it, it's still in the box. The keg/Carboy/Fermenter cleaner build is here.

Here's a couple of pics for you. Works a treat.…

The first parts have been ordered.

Having found the other blogs on this site incredibly useful, I thought I would pay-it-forward and record my own journey to "going electric".

Like others, I am basing my build heavily on The Electric Brewery.

I started brewing 4 years ago and have been all grain BIAB for 3. Initially using a 35l SS pot, I upgraded to a Blichmann 20Gal 18 months ago. I keg and temperature…

My cupboard is at a constant temperature of 16-18c for my lager is this good or bad?

What's the correct procedure for nice clean bottles before bottling is the dishwasher good enough. And will my beer taste ALOT better if I leave it for longer.

After switching to all electric my old clean up method of taking my keggle etc outside and blasting with the hose became awkward with the cables attached. I'm also after ways to reduce the amount of lifting involved so have been looking at cleaning the vessels in place. Boring topic but clean up still eats up a good chunk of my brew day.

My trub filter was fixed in place which made cleaning the kettle time consuming. It doesn't…