Sunday, 10 June 2012, 12pm, House on Hood, Hamilton- a fine venue for a beer competition (thanks Nathan- you're a legend).  In the tradition of the WBC, the Hamilton Brewers' Association (HBA) held their inaugural beer style competition, which was an US style IPA (not the easiest first up).  Seventeen of us entered a couple of bottles (one for judging, 1-2 for sampling...) and we were lucky enough to the have a selection of microbrewers, and international beer judges mark our beers (Thanks heaps to them for giving their time for this)...  These are a few pics from the day. 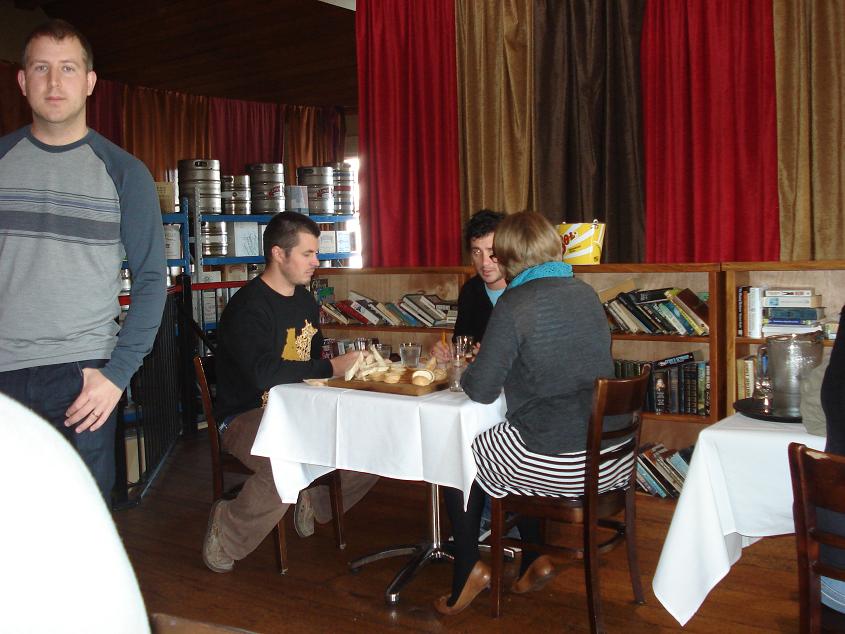 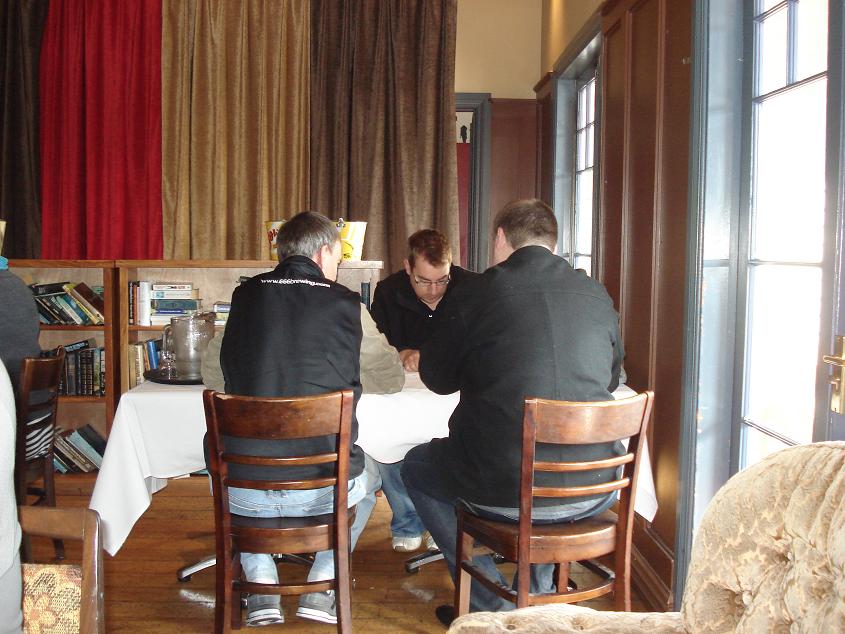 (Judging Table 2- the photo does not show all the head shaking that was going on!)

Generally, the scores were so-so, but the beers that placed did very well- and the supreme winner was Mark Goodin, who made a 'goodin' (boom boom) This wouldn't have happened with out some great organisers- Tim, Brent, Sam, Mark and others for making it all run smoothly... 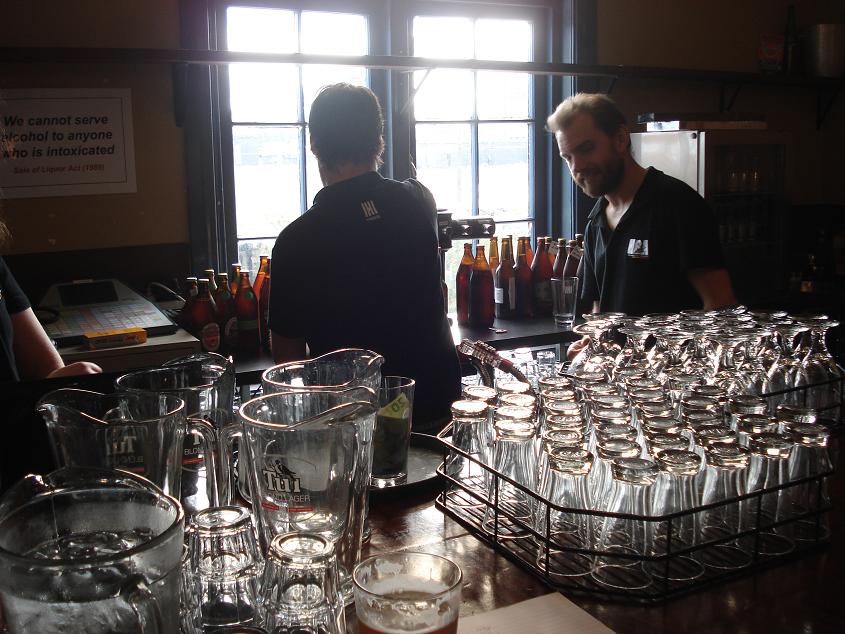 (Mark and Brent, shaking up the other entrants' bottles before serving :)  ) 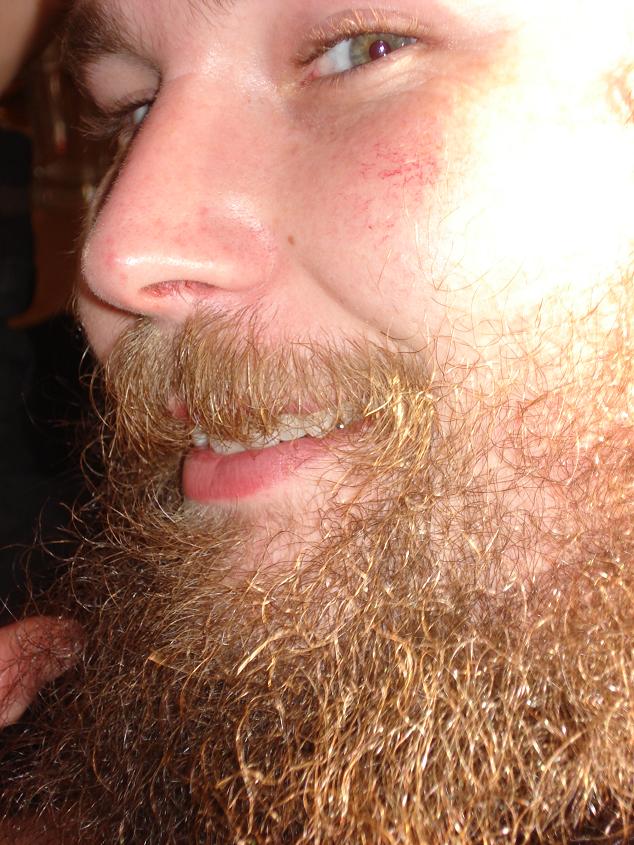 We had a great afternoon drinking homebrew, supplemented with some of the best craft beer in New Zealand 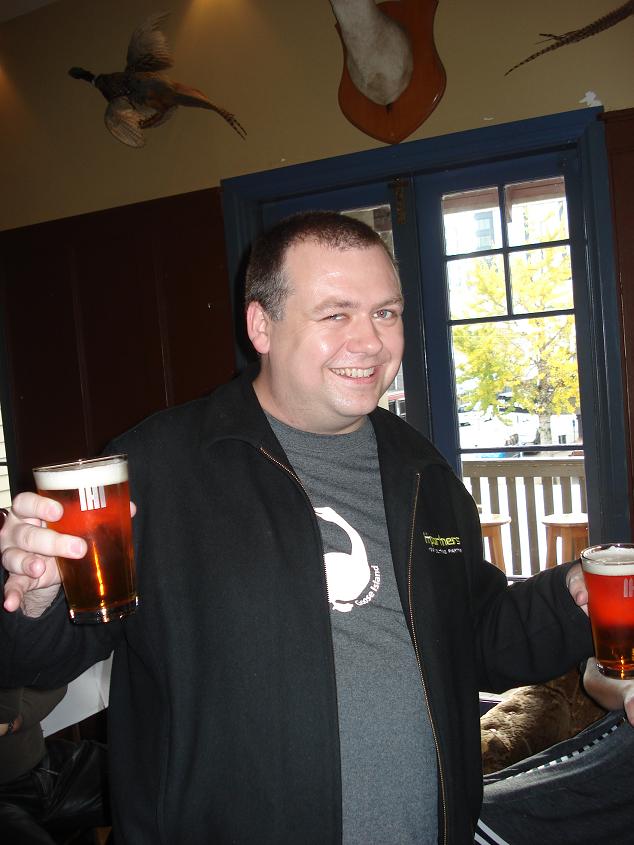 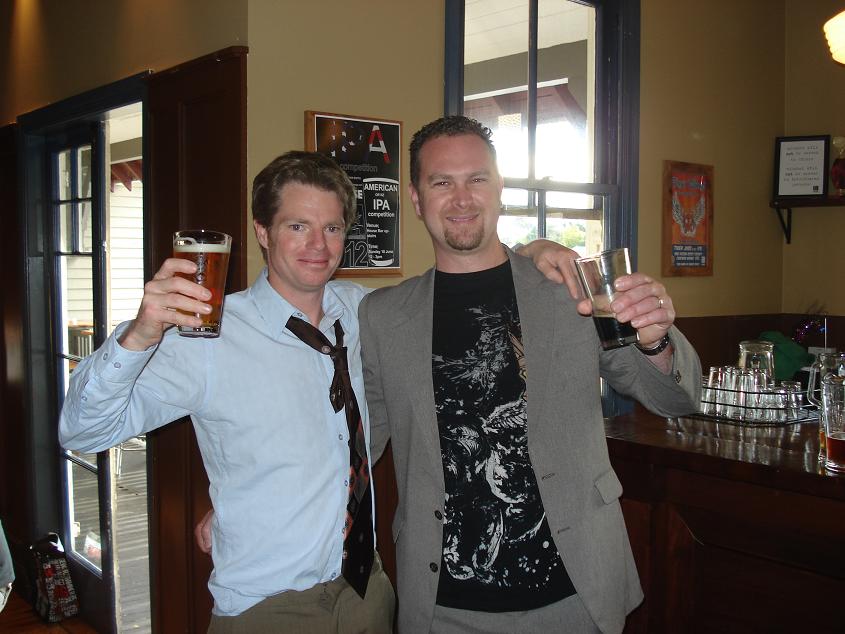 (Dai and Daniel- best dressed award- better than our beers- Daniel- watch where your right hand is heading..  Anyone think Daniel looks like this cat...(see below) ) 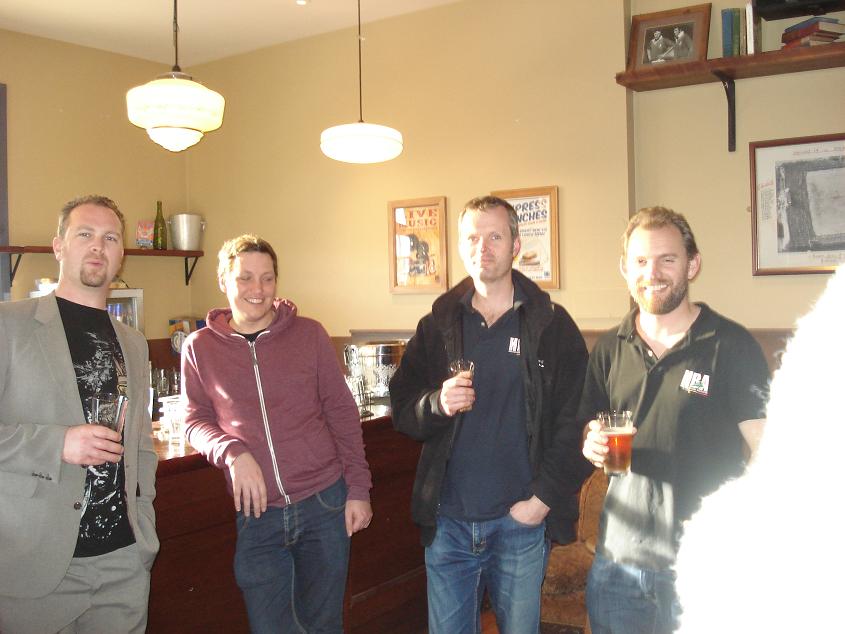 (solving the world's problems- one pint at a time) 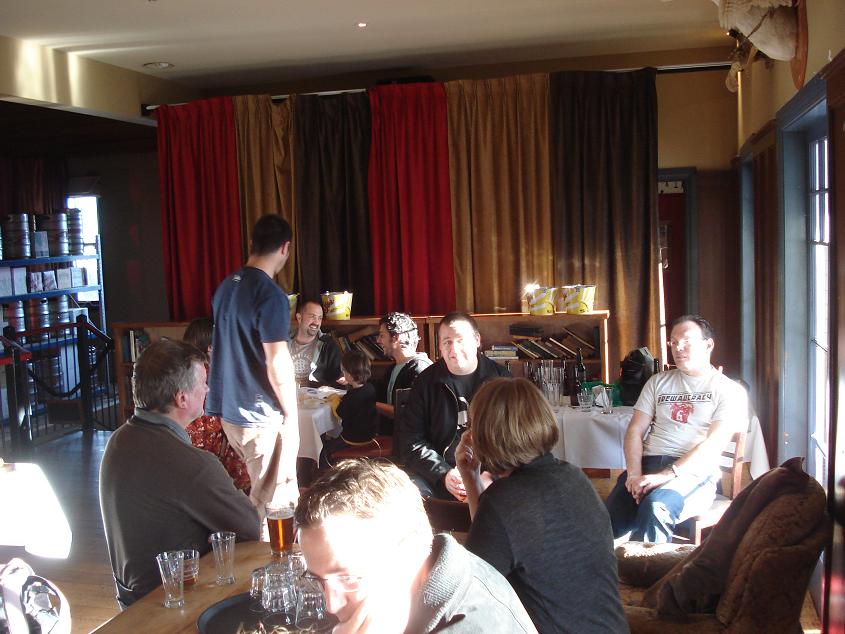 (the aftermath- great times had by all)

3rd- Adrian Hayward, who chose oatmeal stout (chocolate optional) for the next challenge in September.

Thanks everyone for making this a great day!