One way to royally stuff up a brew.

Yeah - it's been a while since I wrote one of these. I hate typing mostly... that's why. But I had a real serious incident during my brew today. You see - I had mashed in as usual. I mashed for around half an hour before I decided to start recirculating. I had already started collecting and heating my sparge water...

Then the power went off.

So instead of panicking, I decided to sprint around the house in my underwear saying this like "Un-fucking-believable"... "Fucking typical"... "Should've brewed yesterday"... etc.

But these verbal indiscressions whilst on foot weren't in vain. I had carried my HLT over to the front patio, so as to heat the water inside with the side burner on my BBQ. I tried to fire her up - but I guess the 40 knott gusts were too strong to maintain the flame. I decided to carry the BBQ off the patio into the carport - no mean feat on a good day... let alone in my undies in the torrential rain. I asked Christina to help, but she was waaaaaaay to pregnant to lend any real help.

Anyhow - the trip to the carport was a success. Aftermoving my car out of the way, I managed to get the sparge water up to 72 degrees. All this whilst running of into my kettle too.

So - seeing as how the sparge water was so cold, I decided to invent a new sparging technique. I call this the bulk fly sparge...

Once the mash was exposed, I carefully poured the entire contents of the HLT into the mash tun, put the lid on, wrapped it in a blanket. The theory here is that my HLT isn't insulated, but the mash tun is. So the cool sparge water would stay warmer in the MLT than in the HLT.

Then I realised I couldn't boil my wort in my kettle. Lucky I had a few of those 47 Liter pots in stock!

I transfered from my electric kettle into a valveless pot. I pulled the grill and hot plate off the BBQ and sat the pot on one of the burners. The pot took the space of 3 burners and within an hour - it was boiling. The boil was more vigorous than whet I normally get so instead of the expected 1.052 I got 1.060. Also - I will need to add the recovered wort into the fermenter as I only managed to get 18 Liters into it. much less than the 21 I normally collect.

Once I finished the boil, I carried the pot back inside and hooked the chiller up the normal way. I couldn't whirlpool the way I normally do, but I used my paint stirrer on the cordless drill instead. Worked a treat.

The wort was hella clear - so it looks like I learned that a vigorous boil helps in aiding wort clarity. 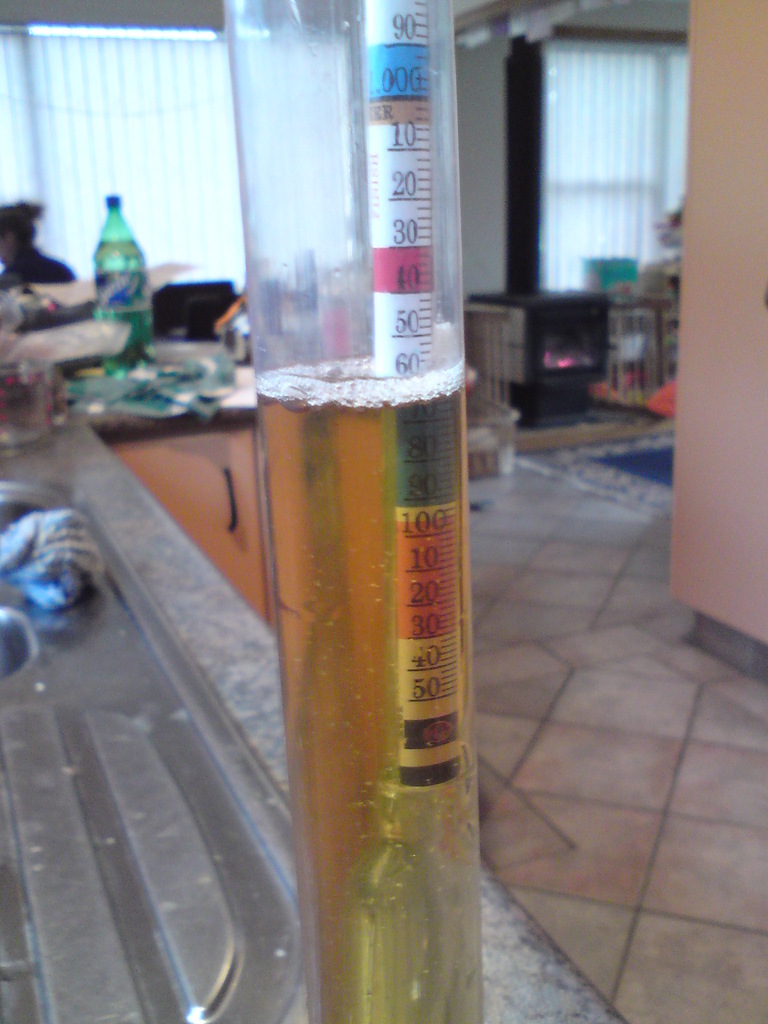 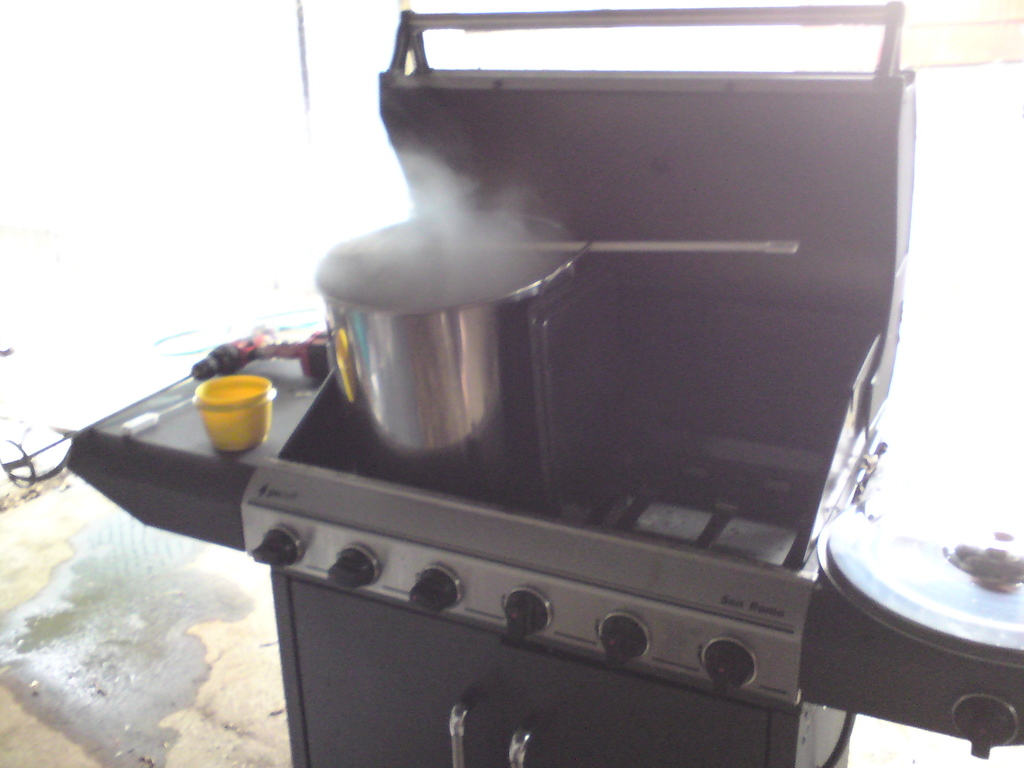 Comment by JoKing on June 7, 2010 at 5:15pm
After extensively recovering the wort, I ended up with 20L in the fermenter.