Today I cracked open one of the PET bottles of my first batch of all grain beer since it was firm although it had only been in the bottles about 2 days after putting it in the fridge for a few hours.  I couldn't wait to try it.

A Gladfields ale malt / Motueka SMaSH with my own hop schedule.

Its come out pretty nice :-).  beersmith was right on the numbers apart from it told me to strike with a higher than necessary temperature which resulted in a hurried cool down.  I solved that for the next batch.

Not a lot of head but it does leave some lacing,  probably not fully carbonated yet.  definitely tasted good.

Finally got this in a proper glass,

Definitely happy with the taste :-)

A little hazy but I did forget the whirlfloc is the excitement of my first all grain brew day.

Really nice at the end of a 32C day in Napier 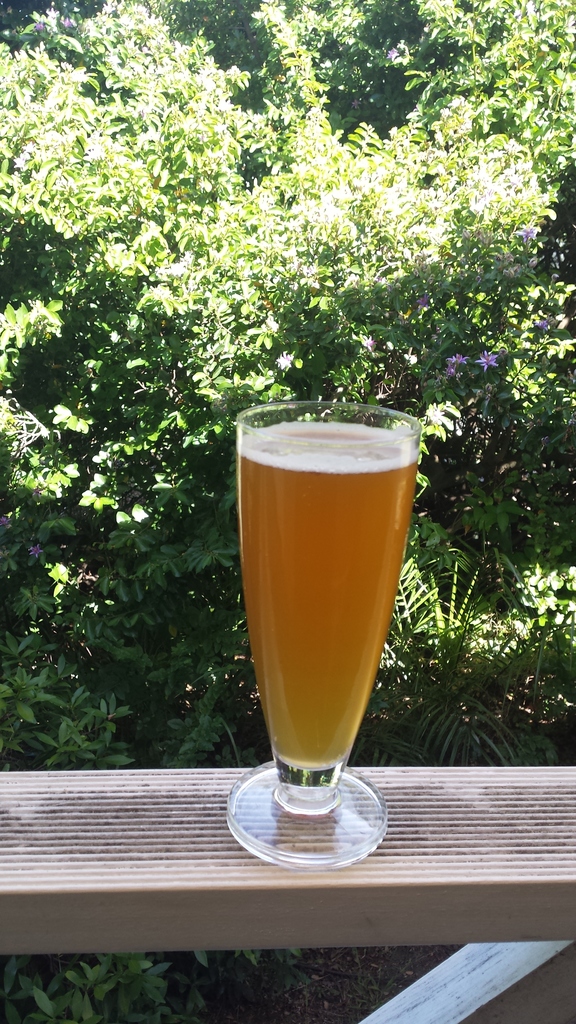 Here is a few photos of my eHERMS system.  I now need to make a brew stand on wheels  but it worked on sitting on some blocks of wood on the decking. 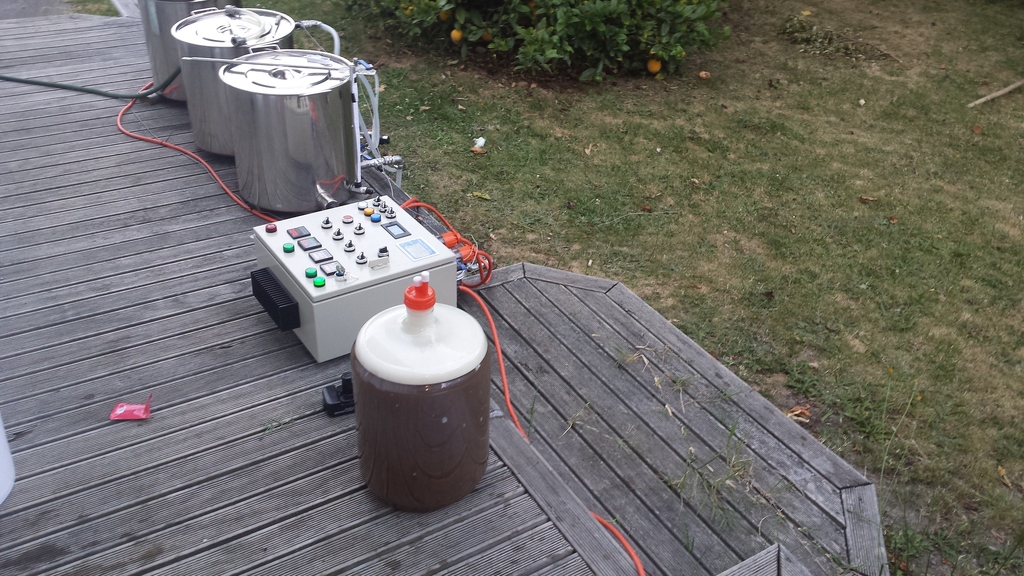 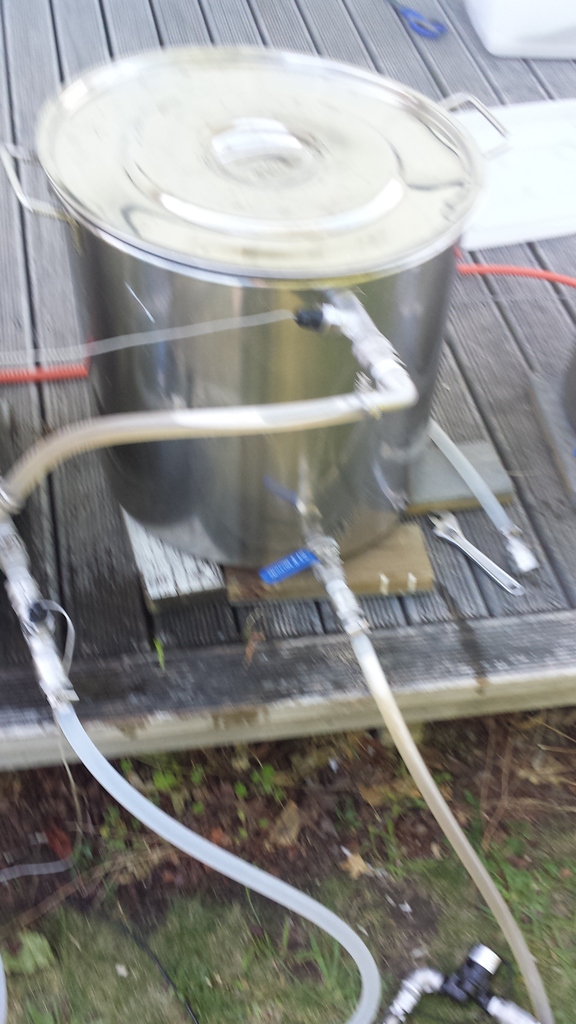 I really need to draw up the final labels for the sight glasses on my computer.

The taped on paper wont last.

The latest bottle fridged an hour ago so a little warm but its crystal clear :-)