This'll be my last brew for about 3 weeks I think.

Experiwheat is another (2 weeks in a row now) spur of the moment brew that I "thought about". Last week, I was inspired by the realbeer.co.nz forum to brew a Schwartzbier - which I must say is coming along swimmingly. This weekend, I knew I needed to keep the levels of stock up, as they had been hammered somewhat over the summer period. Demand was up and supply was down. I'm going to have to have my assistant brewer take care of things for me while I'm up in Auckland for a fortnight.

It's hard so say exactly where the idea for this brew came from. I definitely wanted to do something different. Usually when things start this way, they quite often end in disaster. Anyhow...

I've been brewing to style quite a lot for the last few beers. Although the Monster is a great beer, I still get the feeling that I'm running the risk of getting stuck in a brewing rutt: not trying anything different - not broadening my horizons. I was chatting to Mike again about his IIPA - and his Dubbel that he has been brewing. At this time, I had some wlp001 spinning on the stir plate. I knew I was going to be brewing... I just didn't know what. With a paragraph ending in "Waddiya rekin?" I was looking to see what sort of reaction I'd get for such a weird brew.

The reaction was subdued - a good sign. I was hoping he wouldn't be all "Fuck that's different - hope it doesn't taste like shit..." Anyway...

My sister and her boyfriend came down yesterday - and we hit the homebrew, of course. Monster went down a treat - they asked if I squeezed lemons into the glass before I served it. I told them "don't be stupid". After a few Pilsners we moved into the realm of my Single Malt collection. Then we had some Crown Royal.

When I woke up this morning, I didn't feel like brewing.

What I'm wanting out of this brew is a full body of rich / tart wheat flavour. I want floral, spicy slightly citrussy aromas with hints of sweetbread. I dont want any esters from the yeast involved in this one. The recipe is simple 3 kilos of wheat and 2 kilos of pilsner malt. I filled up the hopper 1kg at a time layering the 2 different malts. I mashed in at about half past eight or so. I did a protein rest at 52 degrees for 15 minutes. I stepped the temp up with boiling water to 68 degrees: in the past wlp001 has been a strong attenuator for me. I want this one to finish between 1.010 and 1.012 to help back up the hops. That’s right... "Back up the hops".

At this point, I want to say that I love my homebrew system. I had 60% wheat in this bitch - and there were no signs of the sparge sticking at all. The regular 1 hour sparge was a breeze - I had to cut back on the outflow so that it wouldn't be faster than an hour. I love my mill, I love my MLT and I love my pump. Oh... and I love my wife. Can't forget that.

As usual I add .2 grams of servomyces, and this time I'll add 1 gram of carageenan. I'm hoping to get another brilliantly clear beer. Probably be difficult without a filter - and with the grist being 60% wheat... but lets put some brewing skills to the test aye?

Overall here are the planned specs:

Hair of the dog time for me, I feel like shit. I've had family tragedy to family visits for the last month. Every weekend has been a hard, hard one since Christmas. When I'm up in A Land, hopefully I'll get a bit of respite for my liver... but with the Kumeu starting things off, I doubt that that will happen. Come over and say Gidday if you want - I'll be the tall beerbelly dude hanging out at the Croucher Brewing and Hallertau tents.

I used Nugget to bitter in the APA that's almost finished. Very smooth bitterness, almost too smooth for me. I was using pacific gem almost exclusively for bittering and did like the little harshness it added. I have heard some good stories of all nugget IPAs working well.

Reckon you'll be able to get rid of the protein haze without fining? Going to fine if it's not as clear as expected?

Comment by JoKing on February 7, 2009 at 3:54pm
We'll See. I'll take a photo of the wort when I can be bothered pumping it into the fermenter! It's still in the kettle at the moment (5 hours now). Funny how you can put so much effort into brewing it - then when it comes to the business end of the arrangement the laze hits.

I like fining beer regardless. I think it looks better when the yeast has been dropped out. Chill haze is fine with me, but I dont like yeasty ones. Especially in lagers. 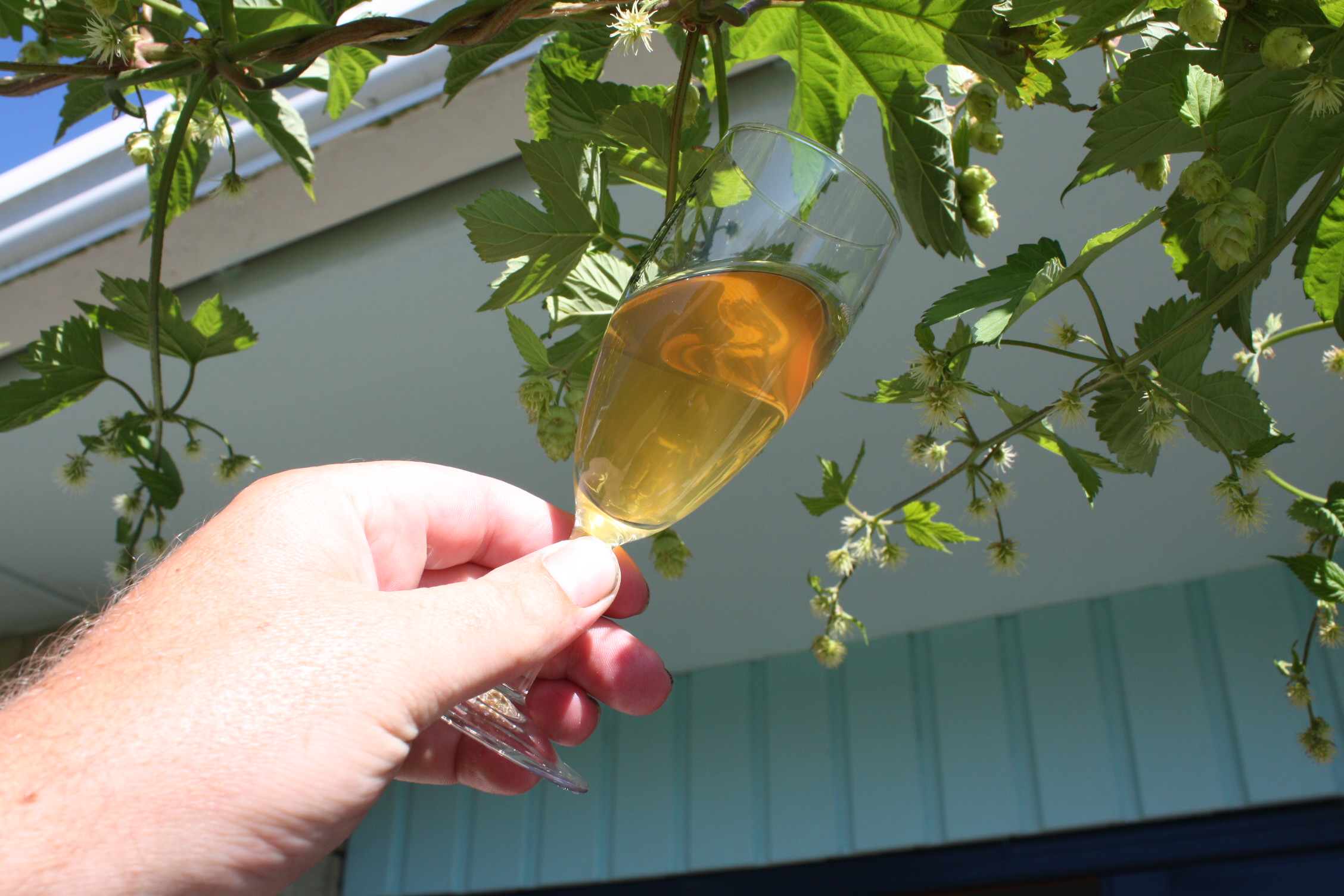 Comment by Reviled on February 9, 2009 at 8:26am
What aroma do you get out of Nugget using it as a late hop? Ever dry hopped with it?

Comment by JoKing on February 9, 2009 at 9:17am
Nugget smells pretty good. I haven't dry hopped with it, but with late hopping it works well to expand the hop profile in the beer. e.g: Cascade = floral, citrus, pine Nugget = herbal, spicey and pleasant. I've read where people have been using it as a single hop, which would work in darker beers, but in Pale Ales IPA's etc I dont think it has the range to carry the necessary hop profile.

Comment by JoKing on March 10, 2009 at 5:52pm
This certainly is a different beer. My wife loves it too - which is good... she is quite fussy when it comes to tastings: especially now that she is pregnant. Appears reasonably clear - still a fair amount of haze there. The aroma is of lemon marmalade on buttered bread. Mouthfeel is outstanding... very rich quite full and fizzy too: you wouldn't think it was 1.009. The flavour has great depth. Initial tartness subsides to a caramel type sweetness with the butterd steamy loaf of bread giving way to citrus in the form of a lemon that has fallen from its tree onto freshly cut grass.

This is a beer that I would recommend for all to brew and offer to comercial beer drinkers. All of the flavours have taken me 4 pints over a week to pick up on - the flavours are so subtle.

Comment by Mike Neilson on March 10, 2009 at 5:57pm
Here Here theres nothing like personal props!!! If its anything like the beers you have created and gifted to me it will absolutly lovely!!!

Comment by JoKing on March 10, 2009 at 6:01pm
Cheers bro. As your beers were from you to me. I'm sure there will be some left in the keg in 3 weeks time! I hope we dont polish it all off on Friday - it might make for a difficult climb!